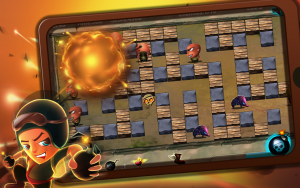 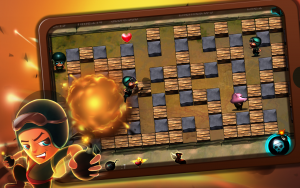 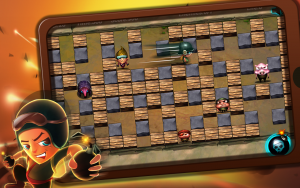 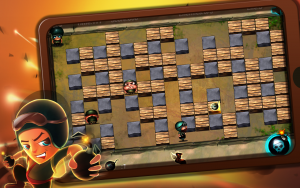 Jungle is attacked by enemies after so many fights between your army troop and jungle troop you are the only last man left. You dont have any option other than killing all the enemies by placing bombs and escape from this deadly Jungle. Along with the enemies you will also find weird creatures in the jungle these creatures and wild animals also helping your enemies and hence you must finish all these and find a path to exit. There are eight different enemies in the Jungle, each one a little different from the others. They move at a different speeds and varying degrees of intelligence. And three of the enemies are capable of passing through the walls effortlessly. They are much harder to destroy. You begin the Game with the ability to drop only one bomb at a time, and an explosion range of only one square. This makes it very difficult to hit the enemies with your bombs. Every level contains one power-up that can increase Army Bomber mans abilities, destroy the blocks and find power-Ups. Once you found power up collect it quickly before it gets destroyed by explosion.