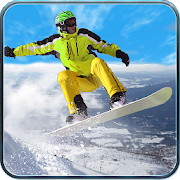 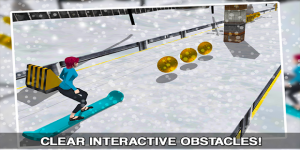 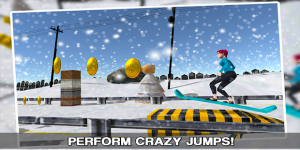 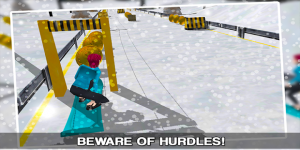 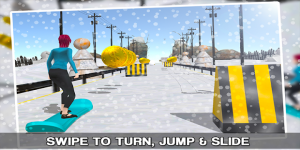 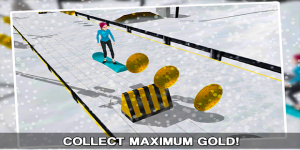 This winter season; grab your snowboard and get ready for the endless surfer adventure. Show your extreme stunts on the frozen snow tracks with Snow Board Freestyle Skiing 3D. Choose the best place to Ice Skate anywhere you want and perform breathtaking tricks on variety of snowboards. Freestyle snowboarding has never been this much fun before. Glide on snow in cool air and perform crazy snowboard stunts on race track covered with massive snow. Sharp up your skiing skills and become the champion of this winter sport!

Get adrenaline rush with high octane relentless game on ice sledding. Ride it in extreme speed; avoid obstacles and perform expert stunting angles over high speed dangerous paths. Flip and jump on your supercharged hoverboard and ride the snowboard for as much time as you want. Non-stop fun stunts and endless skating fun, get the perception over stunt timing & skiing on the soar high mountain track. If you love bmx freestyle games then take up the extreme snowboarding challenge. Skate along the slopes & rockies uneven icebergs with the Snow Board Freestyle Skiing 3D Game. Avoid hurdles attain top speed to soar high from ramp jumps on the way.

Enjoy an ultimate snow surfing with hillside ski adventure. A unique tricks on the snowboard of your choice in this endless gameplay. Exhibit the show down of your sledding stunts on three lane snowy tracks and achieve the highest score. Learn and master all skating stunts to reach the checkpoint and become the best snowboard ski champion.